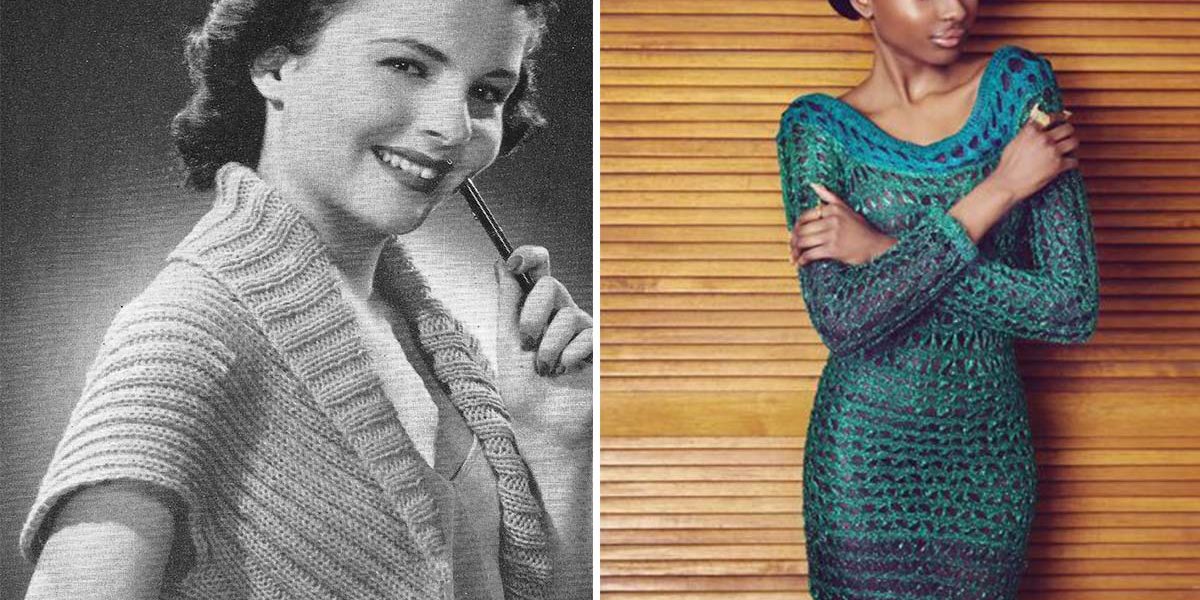 Fabric of Time: Weaving Through the History of Knitwear

Like many major developments in fashion, knitwear boasts quite the history. Today, it is rightfully considered one of the more prominent sources of inspired design. Just as well, it’s also handcrafted knitwear that carries a reputation for painstaking work.

At Korlekie, we can certainly attest to that, as our founder, Beatrice, had actually opted for knitwear because of its unique challenges. Now, it is at the very center of our design process, helping us celebrate the rich cultures of Africa in a global context.

And yet, we are bound to the history of knitwear as well. As one of the oldest garment making methods in the world, this is a history that spans centuries. Consequently, recounting that story in its entirety can seem like quite the daunting task.

With that being said, we recognize that there are critical moments in knitwear’s history that are formative to what it is today. There are three specific eras of this craft’s story that we think informs not simply its past and present, but it’s future as well.

On the road to mass production, Via Style Bubble

Another quality that knitwear shares with other fashion developments has to do with perception. Particularly, most considerable movements in garment manufacturing have a way of ebbing back forth between reputations. For its part, knitwear spent much of its history doing the same sort of oscillating.

Between the 14th and 16th centuries, knitting itself is something completely different to its image today. In Britain, it’s the main method used to make clothing for fishermen. Knitted jumpers are so effective on the high seas that they become an instant go-to for this occupation. In fact, it was recommended that fishermen knit their own jumpers.

The reasoning was that these men would be well suited for it as they honed their skills fixing their fishnets. This effectively made knitting an activity that was equated to masculinity, sharply contrasting with its more modern image as a feminine skill.

The 20th century sees knitwear pushed to unexpected heights. With much of the West crawling its way out of World War I, there came an extra value placed on utilitarian fashion. This shift naturally meant that the more lavish and decadent garments of the day were cast in disparaging light.

When compared with knitted clothing, the illustrious wears common to the wealthy were suddenly looked upon as symbols of excess and waste. Practicality was the calling card of the consumer and knitwear provided just that. 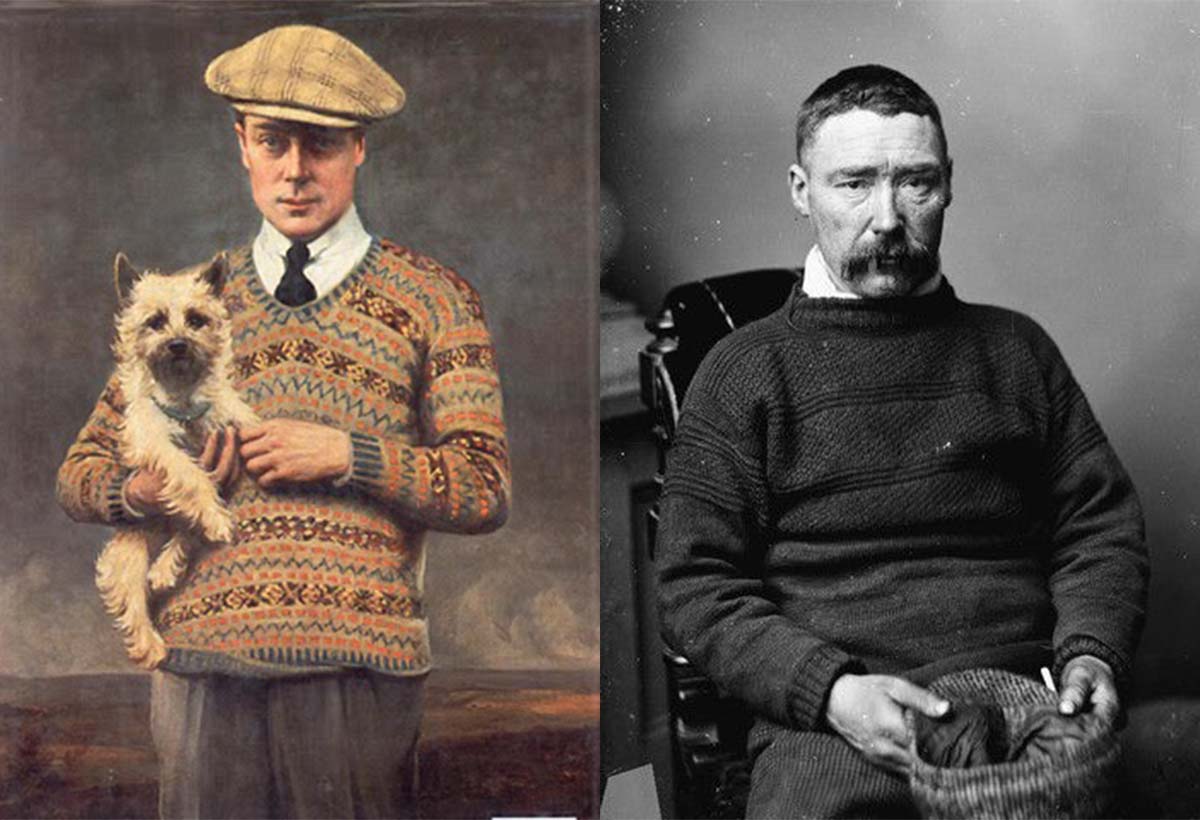 Knitwear’s origins are equal parts fashionable and pragmatic, via The View From Great Island

Perhaps just as critical was the development of active knitwear. In the early 20th century, this was largely due to women becoming more active and gaining more access to recreational exercise. Combining that with a genuine interest in physical activity, there was a massive need for knitted performance garments. Out of this need is born the now standard cotton jersey.

Coinciding with this wave of pragmatism was a wider popularity. In the 1920s, knitted garments were afforded a gleaming spotlight when the Prince of Wales was spotted in a jumper while playing golf. This was akin to royal confirmation of worthiness, instantly followed by the embrace of the wider fashion world.

That embrace occurs just as pragmatic fashion takes hold of British society, bringing utility to the world of haute couture. Designers from all corners of the world took to knitwear to express their fascination with concepts such as abstract art.

Knitwear was now the stuff of runways and exclusive high fashion looks. Keep in mind the fact that the origins of knitwear in the western world are in keeping fishermen warm. 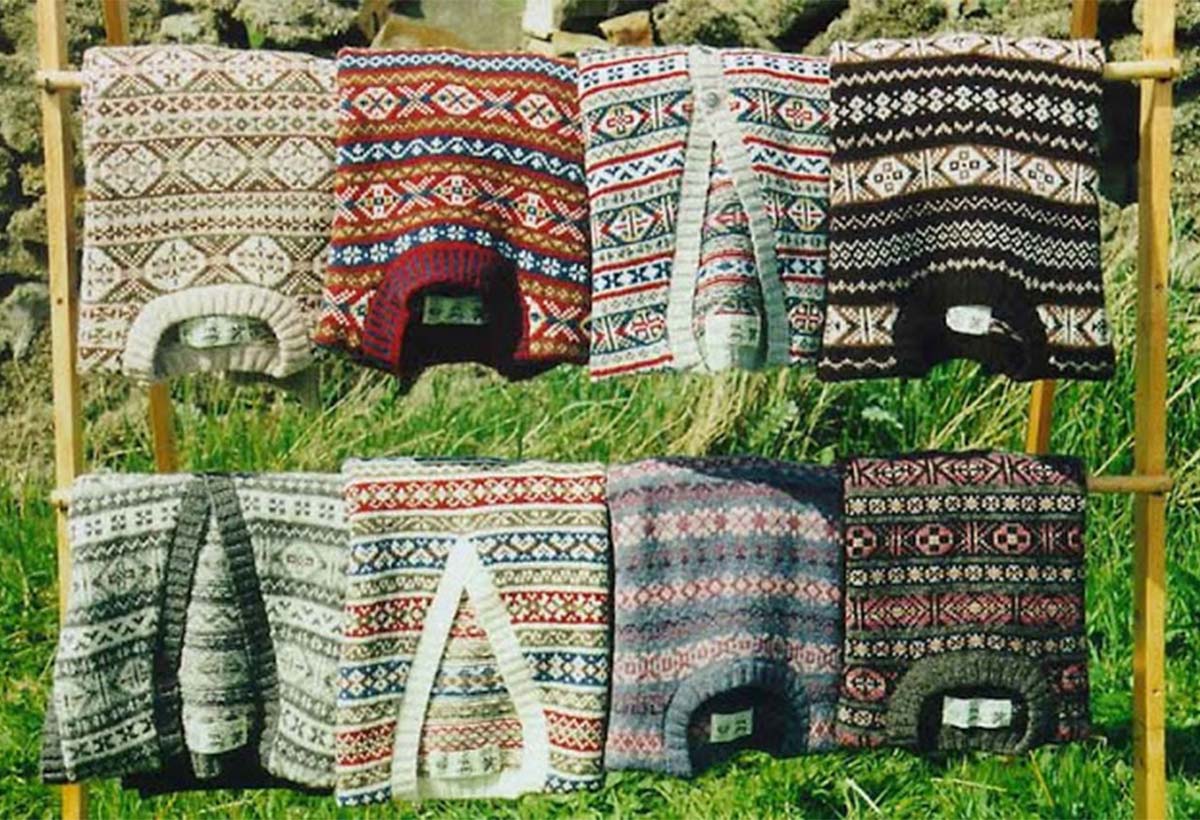 The Modern Fair Isle Jumper, via The View From Great Island

Yet, it does not quite lose its roots. Like an echo that wouldn’t go away, the anti-tradition sentiment of post World War knitwear remained. This resonates with the rising tide of rebellious youth culture in the 1960s and 70s.

From oversizing to intentional tearing of fabric, younger consumers identified with the counterculture ethos of knitwear from its early days. As this is happening, knitted garments are efficiently mass-produced. As a result, the 1980s are a time when handcrafted knitwear is no longer as desirable as it once was.

That development is what makes the state of modern knitted garments so fascinating. From the 21st century onwards, handcrafted knitwear loses its image as the stuff of manual labor. Instead, individually crafting knit garments is a service preferred by more discerning consumers.

From its days as a British fisherman’s main source of protective clothing to the Prince of Wales, punk rock rebellions of the 70s and beyond, knitwear has shown to come from a storied background.

In fact, we would go as far as to say that this story is far from over.

Behind the Scenes: Interview with our Creative Director Beatrice Newman
November 9, 2020